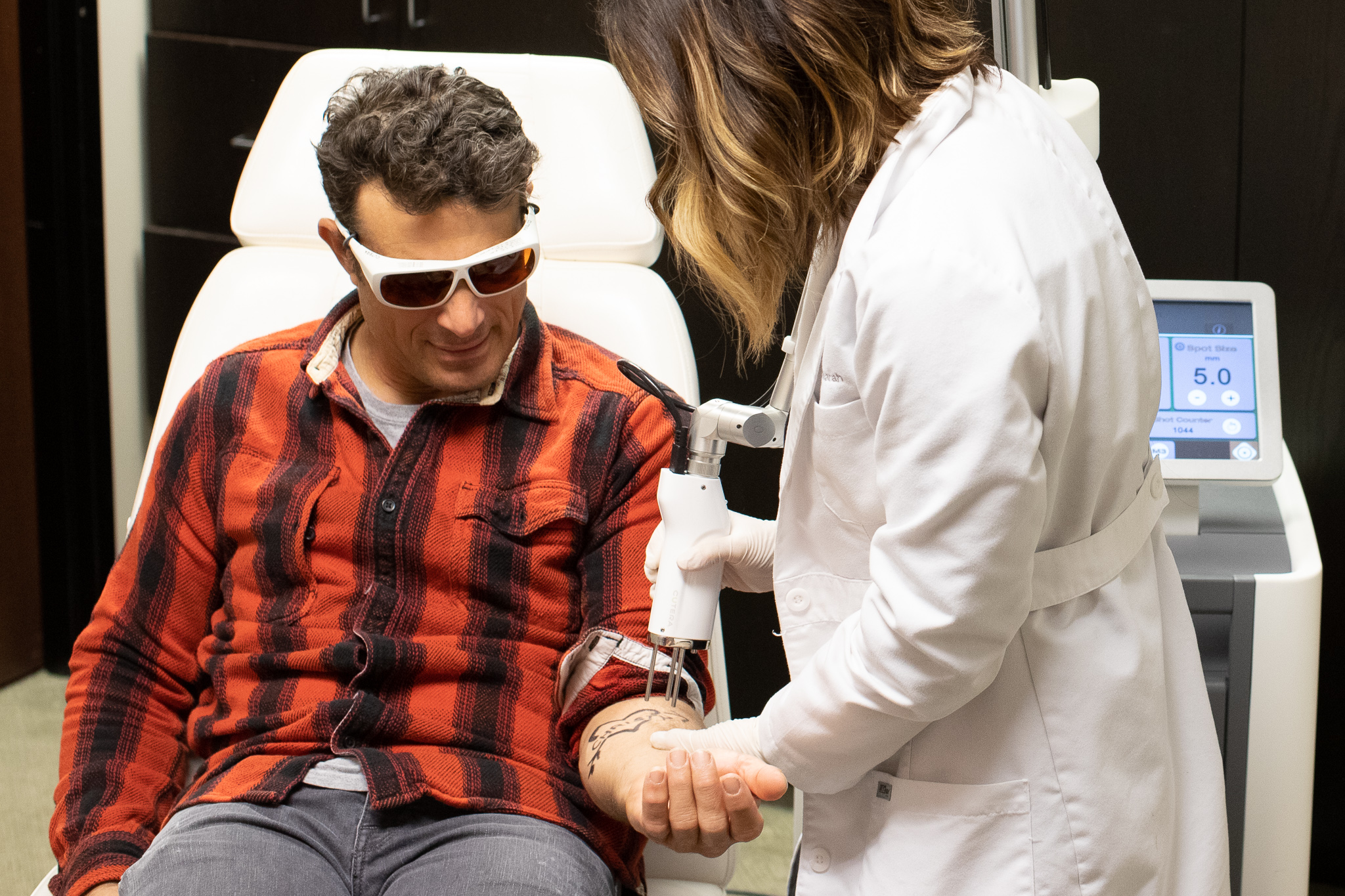 Whether you have had permanent make-up gone wrong, or are simply tired of your body art, tattoo removal may be a good choice for you. Laser tattoo removal involves using laser light to break pigmented particles into smaller pieces so your body’s immune system can clear them from the skin. We offer the most advanced laser system for tattoo removal, allowing fewer treatments and superiority over other lasers for removing the difficult green and yellow pigments. It is important to remember that the time required to clear the ink is variable based on the individual and can continue after treatment for a period of several months. Treatments are typically spaced out at 6 – 8 week intervals, but longer spacing is not unreasonable. Most patients require between 5-10 treatments. It is a very customized process, and therefore pricing is not fixed. Price is based on the number of treatments you will need to achieve full removal. Some patients chose to simply lighten their tattoo enough to place a fresh tattoo over the old!

⛳️ Tee it up for Ta-Ta’s Rally for the Cur

We are one of the few select practices that carrie

This patient was dissatisfied with the positioning

Went to CO for the weekend 🇺🇸 How did you c

The best option for busy people who cannot tolerat

Under eye filler can camouflage under eye bags whe

Mommy makeover is the combination of a tummy tuck

Facial rejuvenation for this woman restored her to

This 46 year old patient is seen one year after tu

Even those in their 20s can benefit from a small a

The eyelid tissue is usually the first area of the

Mommy makeover is the combination of an abdominopl

This patient had taken attempts to regain tone and

Before surgery, this patient suffered from musculo